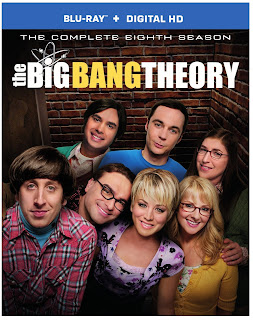 As the most-watched entertainment series on broadcast TV, The Big Bang Theory continues to capture the hearts of viewers and critics alike, with original episodes averaging more than 21 million Total Viewers per week during the 2014-2015 season. Now fans can relive all of the laughs of one of the best seasons to date when Warner Bros. Home Entertainment releases The Big Bang Theory: The Complete Eighth Season on Blu-ray and DVD September 15, 2015 for $49.99 / $44.98 SRP and includes all 24 hilarious episodes plus all-new extras including 4 featurettes as well as the show’s 2014 Comic-Con panel in San Diego. 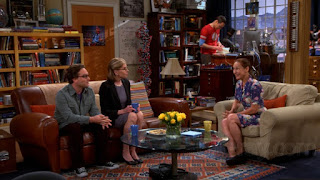 I have to admit that The Big Bang Theory is one of my favorite shows! So when I was given the opportunity to review this I was really excited. It has one of my favorite couples getting engaged~Penny and Leonard. They have had their ups and downs but in the end we all know that they belong together. You know a sitcom is good when this is the 8th season! I have been watching since Leonard first moved in with Sheldon. Now Shelton has a girlfriend too~Amy. All of this and more is included in this very funny DVD! This is a good show for the whole family to enjoy! If you are a old fan or new fan you will love this. Everyone in here with just make you smile and smile. 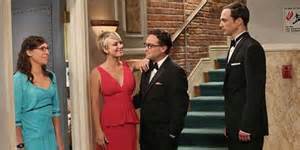 With Leonard finally engaged to girl-across-the-hall Penny after countless proposals, the possibilities for happiness seem endless…while the probability for laughs is a foregone conclusion. What’s unknown is how this might impact the ironclad “Roommate Agreement” he’s entered into with Sheldon. Add to this, Sheldon’s uncomfortably close relationship with neurobiologist Amy Farrah Fowler; Raj’s newfound ability to talk to and date women; and Howard and Bernadette’s solution to an in-house caretaker (their friend Stuart) for the always outspoken Mrs. Wolowitz, and the worlds of science and sitcom are about to hilariously collide! 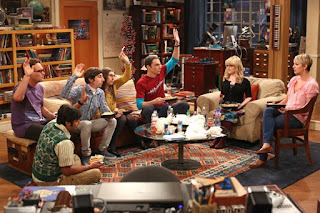 {I was sent The Big Bang Theory: The Complete Eighth Season to Review. No monies were offered or accepted. All above opinions are my own.}