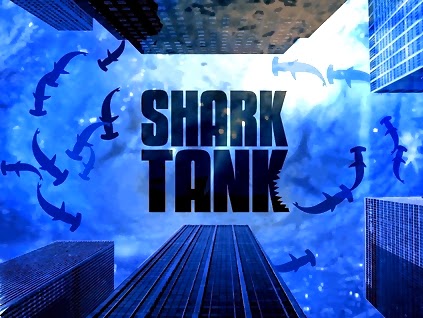 Do you watch Shark Tank?!? One of the shows that you can watch with the whole family. It is interesting,thrilling and exciting. As you never know what is going to be on from one week to the other. Some are good ideas,some well not so good. But either way it is one of our favorite shows. 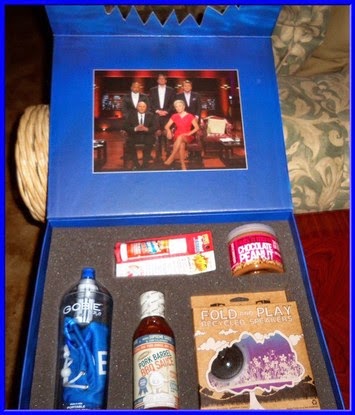 We recently were sent a awesome swag to celebrate the success of the show. If you notice all of the products have survived on Shark Tank and now have investments.

About The Show~
The show received a nomination for a Producers Guild Award in 2013. In 2012 "Shark Tank" received an Emmy nomination for Outstanding Reality Program and a nomination for a Critics' Choice Television Award for Best Reality Series. The Sharks -- tough, self-made, multi-millionaire and billionaire tycoons -- will once again give budding entrepreneurs the chance to make their dreams come true and potentially secure business deals that could make them millionaires. 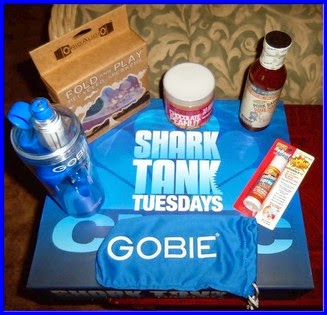 You can catch Shark Tank on CNBC and there are 2 episodes on Tuesdays {at 8pm and 9pm}. It's a  great way to catch up on episodes. Tune in for drama,deals,fun and a good ole' fashioned shark fight!

{I was sent the Shark Tank Swag for review. No monies were offered or accepted. All above opinions are my own.}

April 30, 2013
Throughout 2013, My Gym locations across North America will celebrate thirty years of providing fitness and fun to families by offering money saving membership and class discounts, conducting a search tocrown My Gym’s Fit & Healthy Family and hosting fun and fitness-filled My Gym 30 th Birthday party/ Open Houses. Offered April 1 through June 30, the My Gym discounts include free membership to families signing on for the first time and 30% off for four weeks of classes at participating locations. Also taking place April 1 through June 30, My Gym’s 30 th anniversary Fit & Healthy Family Contest is a initiative designed to encourage families to demonstrate how they have made fitness a key part of their family’s lifestyle and share their own family fitness tips with families everywhere through the My Gym contest’s social media. www.facebook.com/mygymfun In August, participating My Gym locations throu
25 comments
Read more

March 17, 2013
Easter is early this year,so we decided to dye eggs last night. You know that the Easter Bunny has got to get the baskets ready so we need to help with the coloring.{So~I am told by my grandson} We were super excited as this year we were sent some new PAAS Easter egg dyes to try.       This year, PAAS has seven new egg decorating kits, including Volcano Eggsplosion, a kit that uses melted crayon shavings to provide instant color and Touch of Velvet, a kit that uses double stick adhesives and flocking powder to create fun, fuzzy shapes on your Easter creations! For the brightest, most vivid colors, add one tablet and three tablespoons of Heinz Distilled White Vinegar to a PAAS Color Cup or a one-cup container. Once the tablet has dissolved, add ½ cup water and stir gently.      According to the PAAS  more than 180 million eggs a year are dyed with PAAS dye!   Also, to help keep hard-cooked eggs from cracking, add two tablespoons of Heinz Distilled W
32 comments
Read more

March 27, 2013
The Glow Crazy Doodle Dome Giveaway Winner Is Here!!     Congrats To~   Latanya I have sent a email and you have 48 hours to respond please. Not the winner this time?!? No worries~I have new things all the time so please stop by again!
11 comments
Read more