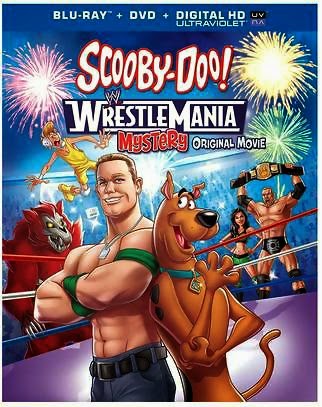 When Shaggy and Scooby win tickets to WrestleMania, they convince the entire Mystery Inc. gang to travel to WWE City in the Mystery Machine to enjoy the show. But the trip quickly turns into another mystery as WWE City is full of secrets! A mysterious ghostly bear appears and threatens to ruin the show and steal the championship title belt. With the help of WWE Superstars John Cana, Triple H, Sin Cara, Broadus Clay, AJ Lee, The Mize, Sandino Marcella and Kane, Scooby-Doo and The Mystery Inc. gang team up to solve the case before it is too late! 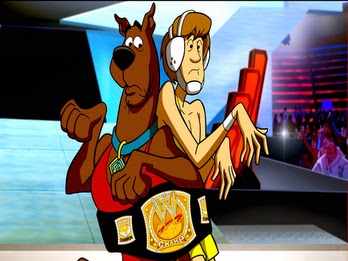 Scooby-Doo has been a favorite in our house for many years. So when I saw that Scooby-Doo and WWE were going to be together for the first time,I knew that we had to see this one. My son is the biggest fan in our family,as when he was young he had everything Scooby-Doo! We watched all the cartoons and movies over and over. Now that he has children of his own,he can watch them yet and no one will know that it is him that secretly wants to see it!

Scooby-Doo and Wrestlemania brings adventure, excitement, and mystery to this great movie. You will be sitting at the edge of your seat when Superstars John Cena, Triple H, Sin Cara, Broadus Clay and more show up for the show! I for one love John Cena and he really shines in this. You will love all the people in this and it is great fun for the whole family. Just watch out for the ghostly bear as you never know when he will show up!

With nearly one billion Scooby-Doo! DVDs sold to date, Warner Bros. Home Entertainment is thrilled to add Scooby-Doo! WrestleMania Mystery to their collection. Kids and adults are going to love seeing their favorite WWE Superstars in animated form join forces with Scooby-Doo and the Mystery Inc. gang to solve this new mystery.

Here is a coloring page for the kiddies~ 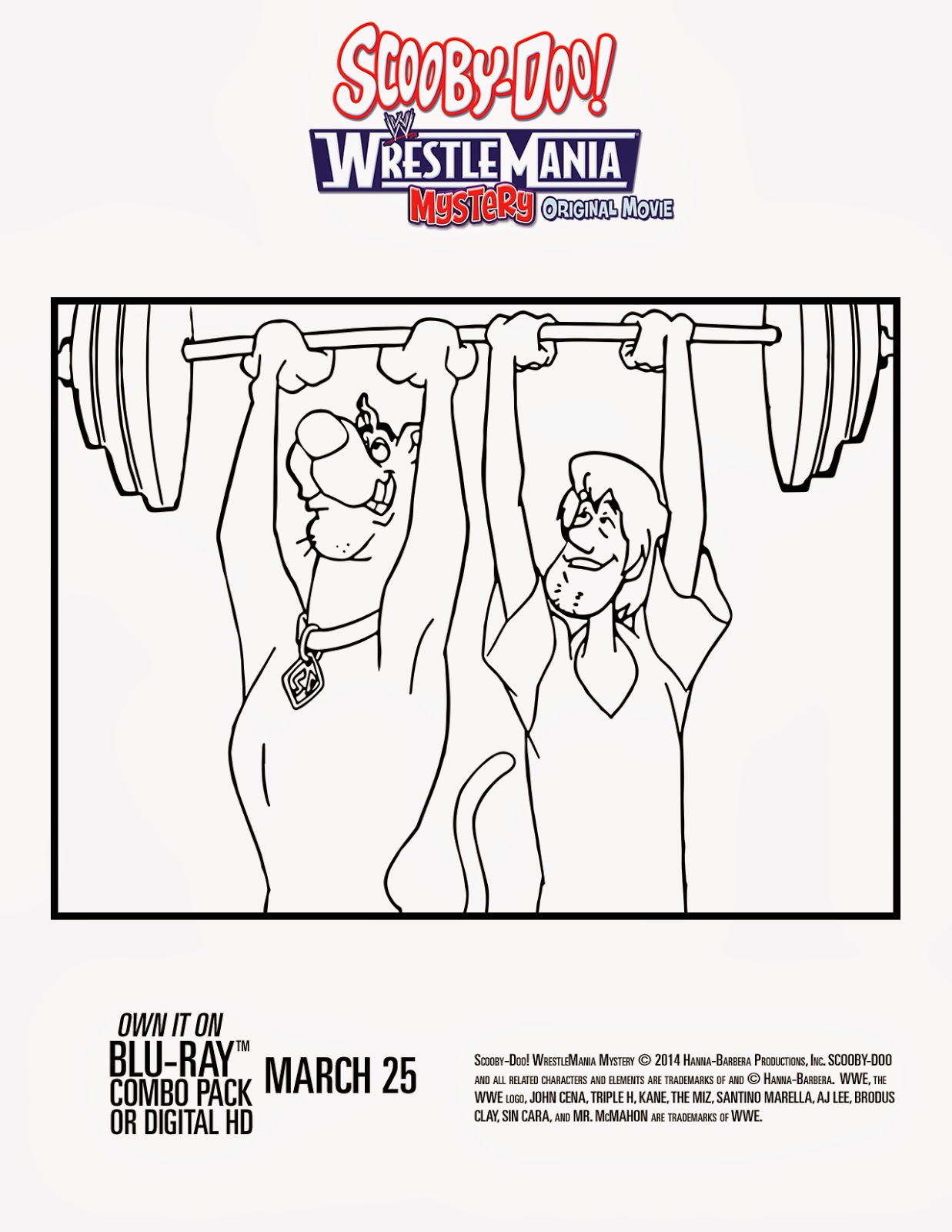 You can own Scooby-Doo! Wrestlemania Mystery Own it on Blu-ray combo pack or Digital HD March 25th or you can win it here!

{I was sent the  Scooby-Doo! Wrestlemania Mystery Blu-ray to review. No monies have been offered or accepted.} All above opinions are my own.