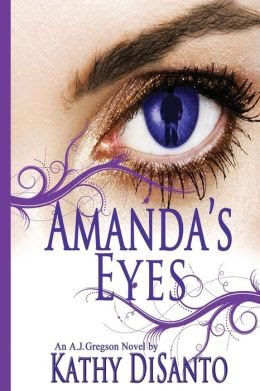 Think what you see is what you get? Better think again.

Waking up is the pits when you come to in a hospital with a broken arm, a colorful assortment of abrasions and contusions, and a face swathed in bandages. It’s even worse if you can’t remember what hit you.

The bad and the ugly are crime reporter Amanda “A.J.” Gregson’s business. But learning she had a ringside seat for an explosion that killed two agents of the Continental Intelligence and Investigative Service (CIIS), incinerated an entire block of warehouses, and did so much damage to her eyes they had to be surgically removed? Well, that gives the darker side of life a whole new meaning.

Haunted by elusive nightmares, A.J. waits for her transplant and struggles to remember the events leading up to the fateful night of September 4, 2075. Weeks crawl by without a glimmer, before memory finally floods back the night before surgery, every detail brutally clear.

The explosion had been the work of the Ferrymen.

“The Ferrymen. My not-so-magnificent obsession for more than a year. Only a cataclysm could have made me forget. I guess you could call them hitmen. You could also call Einstein a math whiz. Think ruthless. Think unstoppable. Think killers so proficient ‘caught the ferry’ was fast replacing ‘bought the farm’ in common usage, and you have the Ferrymen in a nutshell.”

The transplant surgery goes off without a hitch—welcome news, because A.J. is raring for a rematch with Hell’s Boatmen. But contrary to popular belief, what you see isn’t always what you get. Take her new eyes, for example. Those baby blues may look perfectly normal, but they possess a power that turns her world upside down—the power to see into the hidden dimensions of the human heart.

When the Sight unmasks the mastermind behind the Ferrymen, the unveiling is as stunning as it is unbelievable. The revelation sets her on course for a second head-collision with evil. Will she survive the final encounter? 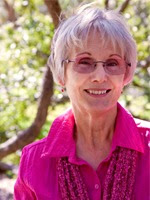 Award-winning author Kathy DiSanto wrote her first novel in 1997. That year, she published two romances with Bantam’s Loveswept line. One of them, For Love or Money, won a 1997 Romantic Times Reviewer’s Choice Award.

Thanks to her day job as a communications specialist with a major university, Kathy has written more than two hundred features for print and the web.

When not writing, she takes brisk walks with Molly and Lucy (her rescue dogs), reads, and indulges in her latest hobby at the firing range.

I received this book to review through Beck Valley Books Book Tours, all the opinions above are 100% my own.

NOW FOR THE AUTHOR'S GIVEAWAY !! 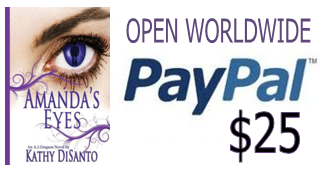