All My Children & One Life to Live Premiere 4/29 @Midnight!

The days when daytime soap operas dominated the afternoon airwaves may be gone but two popular shows are finding a new life online! All My Children and One Life to Live, are coming back on "The Online Network"!

No longer "your Mama's soap operas", these shows are sassy, scandalous,and sexy! Beginning Monday April 29th at midnight, they will be available to watch on Hulu and iTunes making them accessible anytime of day or night and even on-the-go! Not only that,
30 minute episodes will be available each weekday, with a recap on Fridays. Also~Special Guest appearances by Snoop Lion, Riff Raff, and Nervo 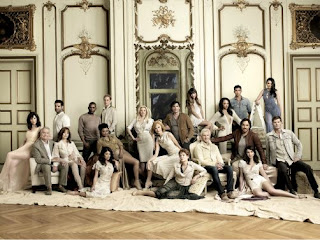 Show synopsis
All My Children revolves around the lives of the residents of fictional Pine Valley. For nearly forty years, this town has seen the trials and tribulations of its dynamic families. Now your favorite stories are back, and more dramatic than ever! 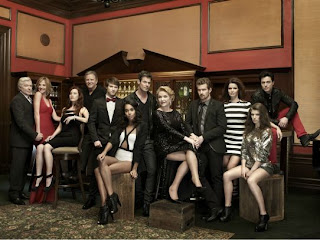 ~One Life to Live~

Show synopsis
One Life to Live follows the complicated lives of three main families: the wealthy Lords, the powerful Buchanans and the strong-willed Cramers. The quiet simplicity of small town living is often interrupted by the drama between them yet despite the struggles, strong family bonds keep them united.

Plot outline
The good people of Llanview, Pennsylvania, lead complicated lives. In a town of questionable marriage ethics, teenagers grow up fast and fall in love quickly. The quiet simplicity of small-town living on the Llantano River is frequently upset by an over-abundance of multiple personalities who disturb the peace. Despite the jealousy, betrayal, and occasional baby-swapping, Llanview is where the Buchanan, Lord, and Cramer families struggle to retain the strong family ties that have always united them.

You can keep up with them on these social sites too~

Please note that  since these shows are "off network" their content is more adult oriented and includes profanity and other material not appropriate for younger children.

{I am participating in a campaign from One2One Network and The Online Network. I have not received payment for this post. My participation makes me eligible for a prize drawing. All opinions stated are my own.}