This great CD was just released on January 29th!
It is a collection of classic covers that takes us through the American Songbook.

Emmy's 12-song passion project is an emotional musical journey, with each song representing a month in the year. 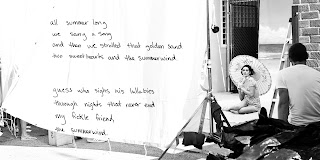 Each song needed to either lyrically or emotionally reflect the corresponding month," Emmy explained. "Some songs were obvious fits, like Summer Wind for June, and Pretty Paper for December. Others songs were less literal fits. I chose Nobody Knows You (When You're Down and Out) for September because, to me, the plaintive melody and lyric emotionally reflect the cold weather creeping in and the sense of melancholy we can get in the fall months".

She really knows how to belt these songs out! I thought that with each one,she seemed to really put feelings into it. I have to say that my favorite song was Pretty Paper. As my dad used to sing that song all the time when I was younger,so it really brought back some good memories.
Some of you might know her from Showtime's Shameless with William H. Macy. She also stars alongside Emma Thompson and Viola Davis in the upcoming feature film Beautiful Creatures, which hits theaters on February 13th. Make sure that you catch her on The Late Late Show with Craig Ferguson on February 6th{check your local listings for time} 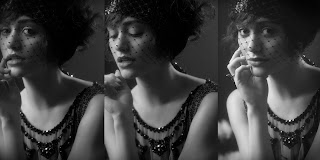 {I participated in this campaign for One2One Network. I received a free copy of the CD for my review. By posting, I am eligible for incentives. All opinions stated are my own.}