Tom and Jerry: Around the World DVD Review! 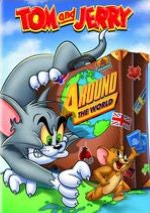 ~Tom and Jerry Around The World~

Tom and Jerry travel the globe by land, sea, and air in this collection of 22 hilarious adventures. From Broadway to outer space, hitch a ride with your favorite cat and mouse for non-stop fun and action. Whether the furry duo is running from an erupting volcano on a tropical island or conducting an orchestra in Hollywood, you can count on laughs the whole way. Sword fights, magic spells, and treasure maps fill these delightful escapades and will have you climbing on board for more expeditions. So grab your luggage and bring the entire family along for a boisterous trip around the world and beyond. 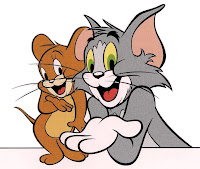 No matter how old that I get I never get tired of watching Tom and Jerry.Now that I have grandchildren it just gives me another chance to watch them. It was fun to go on their travels with them and the laughter was non-stop when this was playing. I would recommended this to every Tom and Jerry Fan~Young and Old alike. Would be great for a rainy day or a play date!

{I was sent the Tom and Jerry Around The World DVD to review. No monies were offered or accepted.All above opinions are my own.}