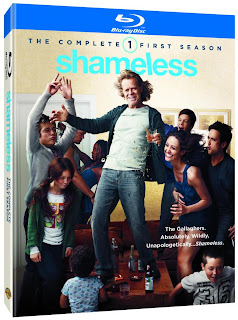 Shameless Season One will be available on DVD and Blu-Ray on December 27th and I couldn't be happier! As Shameless is one of my favorite shows to watch! The series follows the dysfunctional family of Frank Gallagher, a single father of six children. While he spends his days drunk, his kids learn to take care of themselves.Frank has done nothing but collect his disability checks and get hammered for years.There are so many Shameless moments but my favorite is~ 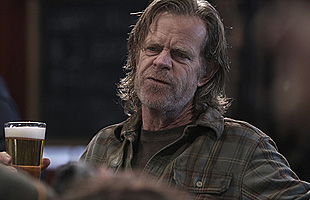 Frank has so many unpaid bills and he knows that bailiffs and Mr Wilson are still looking for him. When Norma{Monica's lesbian lover} tells him to fake his own death!
What's the most Shameless thing you've ever done? Take the Shameless I-Never challenge and then either admit or deny if YOU’VE done something just as shameless!
The most Shameless thing that I have done is when I was younger I went to see Male Strippers and I ended up drinking quite a bit..Before you knew it I was up there dancing with them! Yes~they took me on stage.I am so happy that no one ever got pictures!! I sure would have to do some fast talking for the grandchildren!
Shameless 'I-Never Challenge' by thewbdotcom
The DVD release includes all 12 hilarious episodes of The First Season plus never-before-seen special features available for the first time on Blu-ray and DVD. The Gallaghers are irreverent, endearing, resilient - and they are absolutely, wildly and unapologetically SHAMELESS!
You can get your own copy here~
DVD~ http://bit.ly/unesOb
Blu-ray~ http://bit.ly/sp5VxA
Shameless Season 2 premieres on Sun, Jan 8 at 9PM ET/PT on Showtime too! I am going to watching~How about you??

{I have been hired by Warner Bros. WBWord division to promote Shameless Season One on DVD}