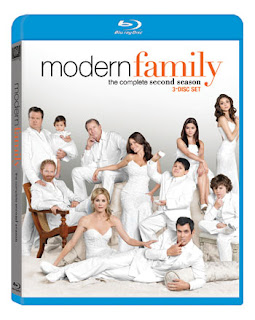 ~Modern Family The Complete Second Season~
**Winner of Six Emmy Awards**
America's favorite extended family is back for even more laughs when Modern Family: The Complete Second Season was recently released on Blu-ray and DVD from Twentieth Century Fox Home Entertainment.
Packed with tons of exclusive features and never-before-seen footage, Modern Family: The Complete Second Season Blu-ray and DVD will satisfy even the most diehard fans.
The Pritchett clan has Jay sitting at the head, a true guys' guy experiencing a bit of mid-life crisis, has remarried a much younger wife, Gloria, whose passion and loyalty is matched by her 11-year-old son, Manny, a boy wise beyond his years. Jay's grown daughter, Claire, has her own family. Claire and Phil are the proud parents of three kids with whom they want that open, healthy, honest relationship. Claire's brother and Jay's grown son, Mitchell, adopted a Vietnamese baby with his partner of five years, Cameron.
All of this comes together and makes for one of my favorite comedy series! I never miss a episode as this show just makes me laugh all time. It was fun to watch the second season again as it has some of my favorites in it. 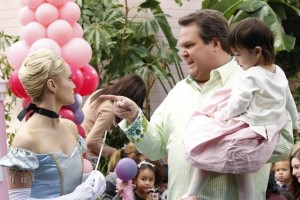 ~The Princess Party!~
It's Lily's second birthday! A few old friends will be in attendance at her gala princess party. Grandma Dede (guest star Shelley Long) is coming to town. She shows Claire’s ex-boyfriend (Matt Dillon). Claire is so proud that she made it thru dinner but then she sees them kissing outside! 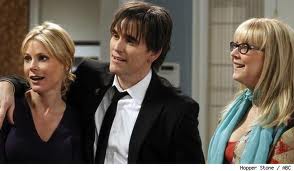 You can own this now from Amazon and watch all your favorites again! Or if you haven't seen this show you are missing out on some great humor. I suggest you start watching as everyone needs to laugh!
{I was provided with Modern Family Season Two DVD to review. All opinions are my own}