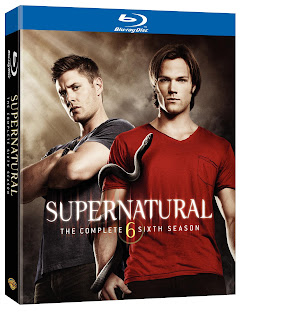 ~Supernatural Season 6~
The brothers Winchester face a short separation from the end of Season 5 and the beginning of Season 6. Dean lives with a woman and is raising a child, and Sam is still hunting. The two brothers re-unite again and immediately get down to their old demon fighting tricks.
The longest that I have been away from my sister is 3 years. As with us living over 1200 miles away it is just not so easy to visit. We try to keep in touch on the phone and on the internet as much as we can. And even though it is not that same as a visit it will have to do for now. The first thing that my sister and I do is go gamble as she lives in Las Vegas so there is something to do all the time. We stay up all nite too and talk like when we did when we were young...
What's the longest separation you've had with your sibling or best friend? What was the first thing you did when you were re-united? 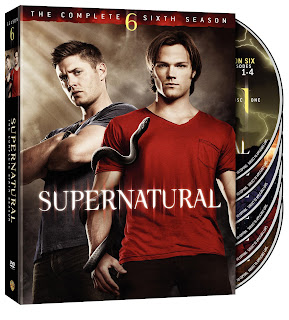 
The prize: ending the Apocalypse. The price: Sam’s life. Season 5’s horrific finale left Dean alone, as Sam descended into Hell. Now a different man, Dean vows to stop hunting and devote himself to building a family with Lisa and her son Ben. Then, mysteriously, Sam reappears, drawing Dean back into the old life. But Sam’s a different man too. He’s returned without his soul. How the Winchesters confront this greatest challenge yet to their powerful bond is the troubled heart – and soul – of the profound and thrilling 5-Disc, 22-Episode Season 6. As the brothers struggle to reunite, they must also battle deadly supernatural forces. Demons. Angels. Vampires. Shapeshifters. And a terrifying new foe called the Mother of All.
Get Supernatural Season 6 here
{I have been hired by Warner Bros. WBWord division to promote Supernatural Season 6 on DVD/Blu-Ray.}