Nikita Season One-What Would You Do For A Friend? 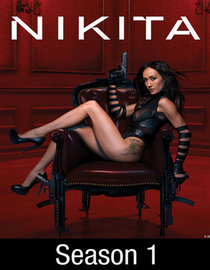 ~Nikita Season One~
In this sexy and suspenseful series, NIKITA has gone rogue. Division is an ultra-secret government agency whose operatives are recruited young people with severed ties to family, friends and society. Trained to be invisible assassins, no one ever leaves Division -- except the charming and deadly Nikita, who has managed to escape, making it her mission to undermine the now-corrupt organization. A force to be reckoned with, the rogue Nikita taunts Division, staying on their radar, but always one step ahead. Yet as determined as Nikita is to bring down her former agency, there are those just as determined to stop her, including Division's newest recruit Alex, a beautiful young woman who seems destined to replace Nikita as their next top operative. 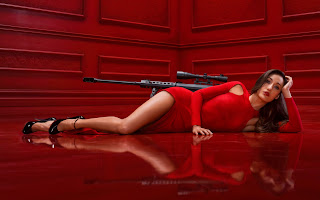 Nikita and Alex grow and become a team as the show progresses, but aiding Nikita could mean death for Alex if she’s ever found out..
I would have to say that there is nothing in this world I wouldn't do for Bob as he means to the world to me and more.The good thing is that he feels the same way.As we talk about if one of did something would the other cover for them? And~the answer was yes as he is not only my choice for life but also my best friend!
What is the strangest request that you’ve ever done for a friend and given the choice now would you do it again?
You can get your copy here~http://bit.ly/qLjOxO 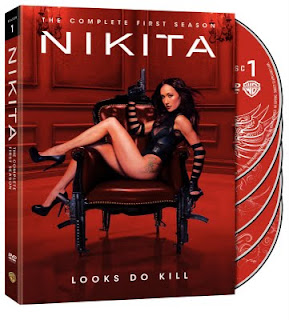 {I have been hired by Warner Bros. WBWord division to promote Nikita Season One  on DVD/Blu-Ray.}